A division of Civic Solutions, our urban design and downtown revitalization team.

The plan will serve as a blueprint for future growth and development and is tailored to reflect the character and values of the City.  The plan was developed by Civic Solutions, which serves as the City’s contract Planning Department for all planning functions.

Located in northwest Riverside County, with 45 square miles and a population of over 100,000, Jurupa Valley was incorporated on July 1, 2011.  On this same date, the State eliminated redevelopment and realigned Vehicle License Fees previously allocated to new cities, diverting these funds into the prison system.  The City did not have the funds to prepare a General Plan for the first three years.  In 2014 the City Council allocated $500,000 for the General Plan and EIR.

Civic Solutions created a unique strategy for the General Plan, due to limited City resources, in order to maximize public input while minimizing costs to the City.  To do this, we developed a strategy to

Civic Solutions developed a number of creative approaches for the 2017 General Plan to ensure the character and semi-rural equestrian nature of Jurupa Valley are preserved over time.  Our team created an “Equestrian Lifestyle Protection Overlay” that includes special land use and mobility provisions to maintain and promote equestrian travel in those areas with a long history of equestrian use.  The plan also places an emphasis on “Mobility Corridors” which focus on all travel modes, not just the vehicle, and include pedestrian, bicycle, equestrian and public transit transportation.  The plan is also predominately self-mitigating as outlined in the companion Programmatic Environmental Impact Report (EIR) which means that policies and programs are incorporated in the plan to minimize environmental impacts resulting from build-out.

To view the Draft April 2017 General Plan considered by the City Council, click here.  For more information on the 2017 General Plan, contact Program Manager Mary Wright at (949) 489-1442, or by email at wright@civicsolutions.com. 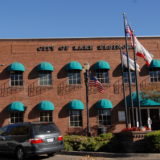 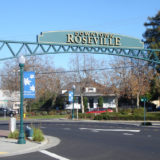